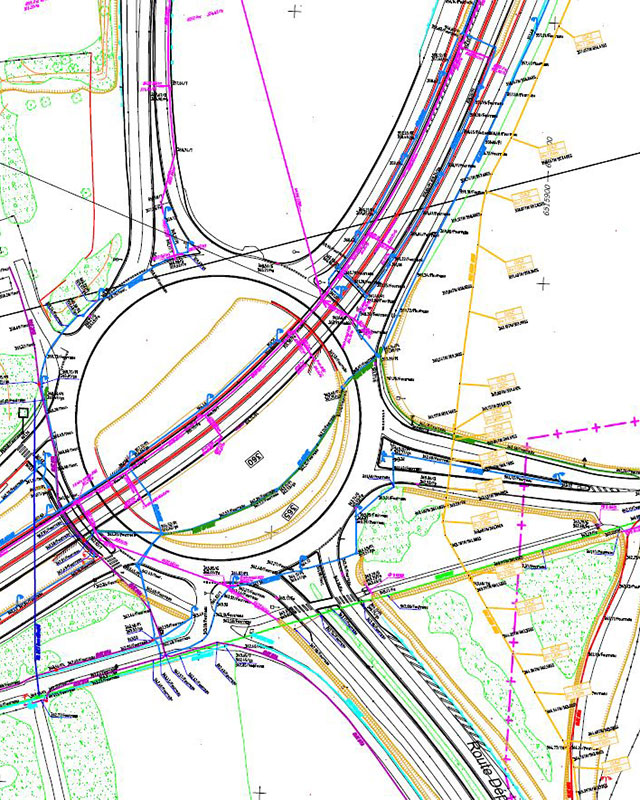 Our chartered surveying company, created 60 years ago, has extensive experience in terrestrial topography for complex projects involving a very wide range of requirements. These include:

Traditional so-called « terrestrial » topography is often the best solution when plans are required for land use planning or building projects. Terrestrial surveying has recently been combined with an innovative mobile mapping solution based on using mobile lidar embedded on a vehicle.

Our company is fully equipped to execute this type of service and has its own tachometers, mobile and static scanners, and bathymetric echo-sounders. All of our equipment is state of the art.

Thanks to our large team of highly qualified professionals and complete range of in-house equipment, we regularly deliver complex solutions under very tight deadlines, in particular when it comes to answering bids.

Over time, we have developed a solid network of trusted partners both in France and abroad, ensuring that we can quickly and efficiently mobilize local staff when needed.

With our exceptional multidisciplinary expertise we deliver solutions to a very wide range of needs including:

For complex projects which require surveys at different scales, with different density levels, and for hard to reach or poor visibility conditions, Sintégra can deliver its terrestrial surveys using aerial mapping, such as photogrammetry (by plane, helicopter or drone) or airborne lidar.

Some examples of multidisciplinary terrestrial mapping: